When you just need a meal that’s great all week long; that’s comforting, delicious, and as healthy as can be despite it’s not-so-healthy roots, then this is a recipe for you. 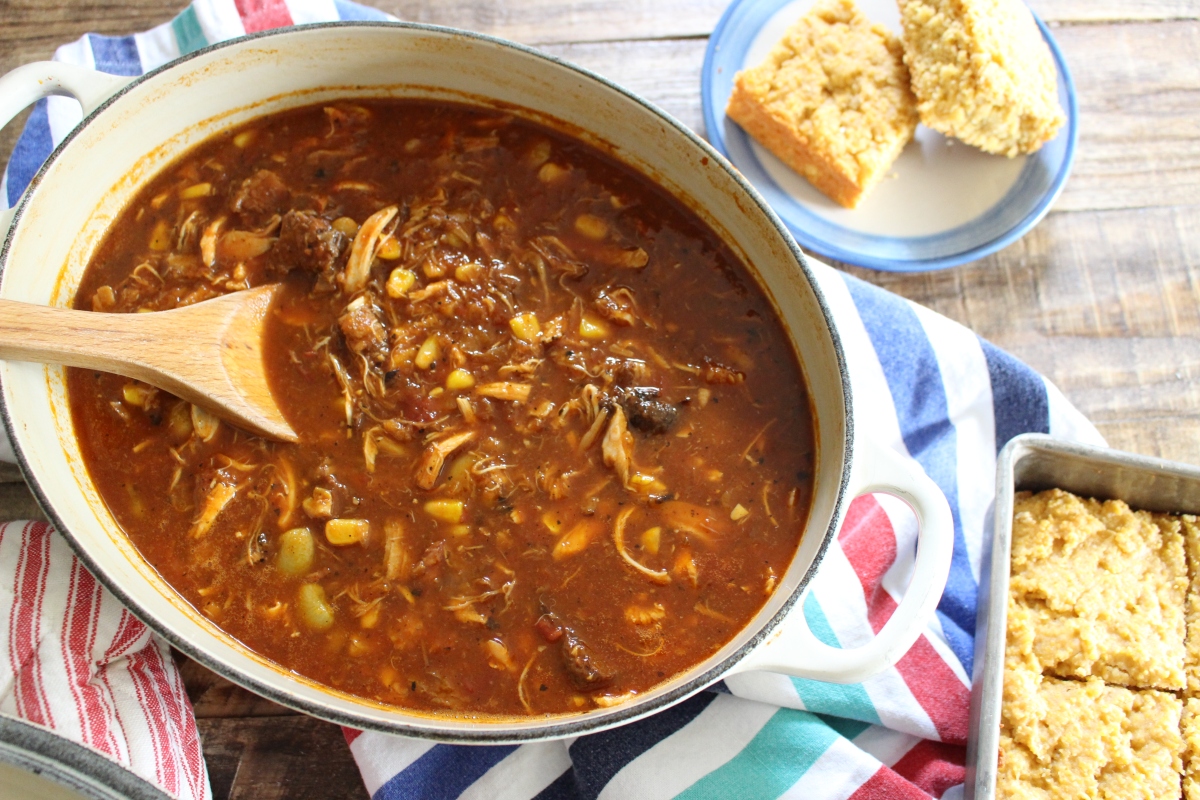 I had never even heard of brunswick stew until at my mother-in-law’s birthday party a few years ago! Well maybe it was more like 8 years ago, but I’m trying not to age myself. Apparently, it’s a southern thing. Like a lot of new things to me that I’ve experienced over the last 10 years.

Brunswick stews- like BBQ- will vary from place to place. Those that like it tend to like certain kinds and not others. They prefer to get it only from certain places. I’m not as picky as long as it tastes good. Am I right? But I do love anything homemade that can taste just as good, yet more nutritious then something you can buy.

My brunswick stew recipe is as semi-homemade recipe; more homemade than just buying premade smoked meat of some sort and tossing it in a pot with the other ingredients.  This helps to control the nutritional value of the dish! It’s lower in sodium, and made with leaner meat (pork tenderloin & chicken rather than brisket or high fat pork cuts) all which means it’s better for your heart, waistline, and diabetes, but we great flavor! 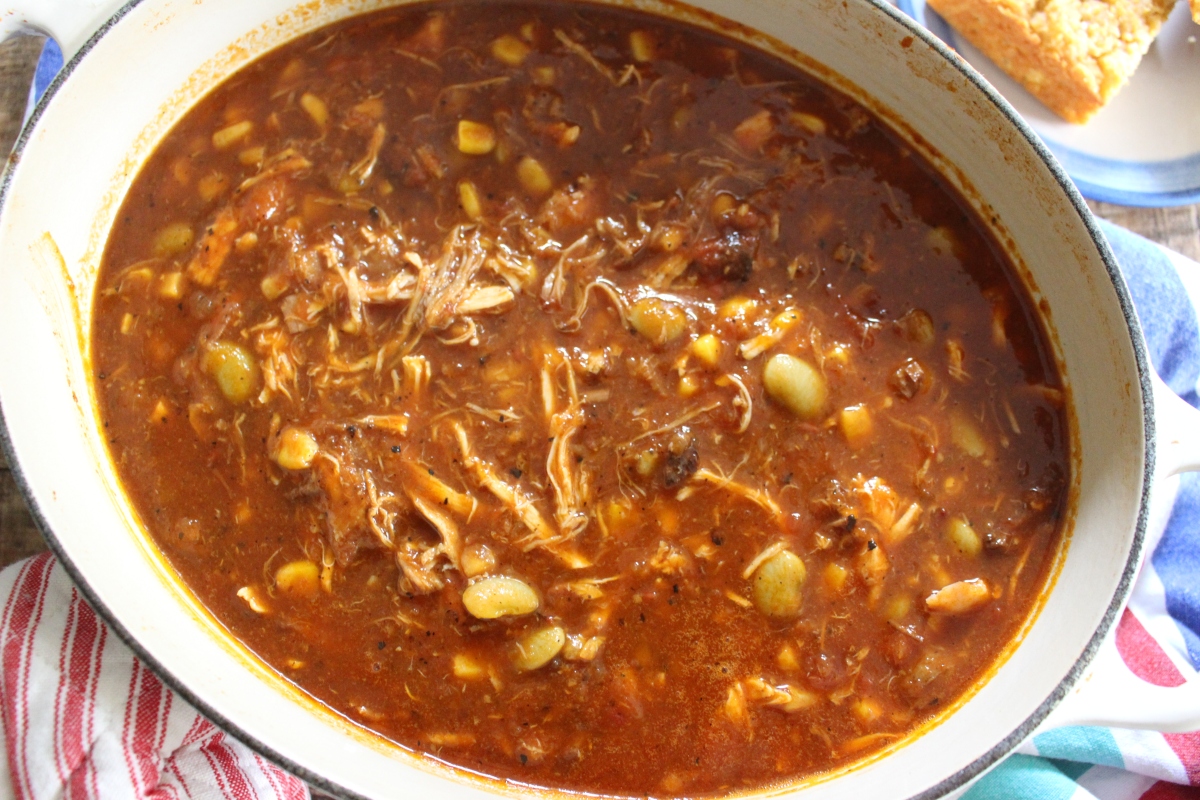 one 15-ounce can fire roasted tomatoes

In a large pot or dutch oven, heat the olive oil over medium heat. Add the garlic and tomatoes. Saute until warmed through, just a couple minutes should do.

Add the chicken stock and BBQ sauces, cayenne, corn, limas, meat, and black pepper. Bring to a boil. Cover and let simmer for at least 30 minutes.

Lima Beans: this is traditional in most Brunswick stew’s, and I had some on hand in the freezer. However, next time I’d probably add more protein and some darker green color with shelled edamame.

BBQ sauce: you can use any brand you like, since such a hefty amount is used, I’d recommend as low sugar brands as you can find.

Meat: you can make this vegetarian by using beans and lentils in place of the meat. Prepared meat from smokehouses or restaurants can get expensive, but make an easy swap. I, again, prefer the homemade for controlling and increasing the nutritional value (esp. the sodium content). I’ve also added leftover shredded chicken, whether that’s homemade or a rotisserie chicken that I’ve pulled and removed the skin.

Veggies: for an adventurous family some shredded kale, okra, even some carrots, celery added in when first sauteing the garlic would boost not only the nutrients but also add new flavors. This would not be traditional, but would be a fun twist some time.

Now that we’ve got this delicious recipe, we’re ready for fall! Now here’s to waiting for the weather to start feeling like fall. Don’t hold your breath down here…

One thought on “Brunswick Stew”